In today’s issue, I get to say one of my absolute favorite things to say over and over again while simultaneously being really sad for the woman I need to say it to.

A heartbreaking email from Anne:

“I’ve been divorced for five years after 25 yr marriage, dated a lot and found a great guy. He is separated but not divorced. He filed for divorce, but his wife had a severe stroke and is recovering slowly. He needs to refile due to the time lapse but due to the oil field economic turndown and his wife’s stroke he has not refiled yet. He is reducing his property and simplifying his finances which will make the divorce easier. We’ve been together for 10 months, but I’m nearing the end of my patience. I don’t want to rush to remarry, but I do want him single. I’m a high quality person and deserve to be with a single person. We’ve communicated openly about this and he agrees but seems to be dragging his feet. Because of his wife’s stroke her ability to negotiate a divorce is not good. What do I do?” 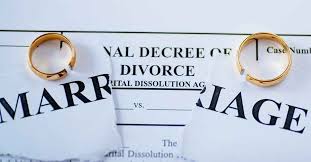 First off, I want to say how sorry I am about the situation you’re in. After all the pain and financial devastation that comes with divorce (especially after 25 years of marriage), I can only imagine how lonely you feel and how much you crave the attention of a man who’s as into you and as free to express that as you are into him.

All that said, this is a shitty situation for everybody involved (including the guy’s wife – strokes are no joke even though they rhyme with joke – wow, that was awful.)

So here’s what I think:

I’m ecstatic that you know you’re a high-quality person. So many of the emails I get are from men and women who have had their self-esteem absolutely destroyed from years of non-communicative relationships, victim mentality, and subtle or not-so-subtle emotional abuse. Like I always say “You’ll never find love unless you love yourself first” and step one to finding love is to realize that you are WORTHY, GOOD ENOUGH AND DESERVING just the way you are. You are LOVABLE just the way you are. The fact that you never once in this message ask me how to “Force” him to end things with his wife speaks a lot to your character and I’m proud of you.

You’ve really only got two options here and neither one of them is particularly great.

OPTION 1: Accept Things How They Are.

You say you’re not eager to get married again, which makes me wonder: Why is it so important to your relationship with this man that he be unmarried and single?

I know, I know, technically what you are doing is “adultery” but it’s pretty obvious both this guy and his wife know that any romantic or sexual aspect of their relationship is over, and what they have now is much more of a combination of financial factors and his feelings of responsibility towards her and not wanting to make her suffer more after her stroke.

You say you want and deserve a single guy, but since he’s separated he is in fact single. He’s not doing anything morally wrong by dating you and you’re not doing anything morally wrong by dating you. I understand if you want him free and clear of his old relationship, but money factors are a very valid reason to hold off on a divorce, and personally, I don’t think anything substantial is going to change between you when he gets divorced except he’ll be quite a bit poorer and his lawyers will be quite a bit better off.

I wouldn’t be saying any of this at all if he still lived with his wife or if it sounded like she thought they were still “together.” They’re separated. That means he’s single and free to date. Unless he’s neglecting you in some way by spending a ton of time and energy on his ex (or unless he’s constantly complaining to you about his ex) I don’t actually think it’s your business exactly when he gets divorced.

Consider approaching and telling him “I’m in love you and I love everything that we share and have. I want you all to myself and it’s hard for me to accept that you are still technically married, but as long as your marriage doesn’t interfere with what we have then I’m willing to back off talking about this and let you have the space you need to mourn that relationship and do what you have to do to exit it gracefully. I know that even though things with you and your ex didn’t work out there’s still a lot of history there, that you still feel responsible for her in some way and that this is hard for you.”

You know, the whole empathy thing. It usually does wonders. Will it motivate him to speed up his divorce? Maybe not, but it’ll keep you both from having uncomfortable conversations about this.

Ultimately, you need to realize that his marriage and divorce have nothing to do with you and aren’t “about” you in any way.

Option 2: Tell Him To Check Up On You When He Is Unattached And Available For A Relationship 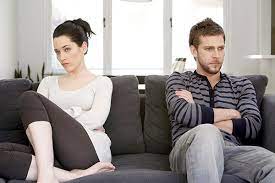 I always, always, always say “Never Wait For A Man” because I’ve dealt with WAY too many women who give their hearts to married guys who “swear” they are going to leave their wives but never do.

So walk straight up to him and let him know that….”I am not ready to just wait around for you while you are taking your sweet time to make a decision. I really like you and I think there’s something wonderful that could develop between us, but I’m not going to be the other woman. I’m going to end this and date other men but when you finally do end your marriage drop me a line and we’ll see if I’m still available.”

That’s good advice most of the time both because it gives the women involved a sense of power again and because it shatters the status quo (status quo the guy is enjoying or comfortable in) without being an “ultimatum.”But . . . uhh . . . the guy you are with is ALREADY single. He’s not in a romantic relationship with anyone but you. He’s just legally tied to this other woman and that has nothing to do with romance or your relationship at all. If he’s “dragging his feet” it’s because he’s feeling a mix of financial horror at the realities of American divorce and because no matter how bad things get with your spouse actually ending things still feels like a failure and still feels absolutely devastating.

If it’s REALLY REALLY REALLY important to you that he get divorced for you guys to be together, go ahead and give him the “Look Me Up When You’re Single” speech — but only give him that speech if you really are willing to walk away and give up on your relationship with him until he is legally free from his wife.

But personally, I think you should just drop the issue. In every way that matters, he’s already single. No matter what the actual divorce is going to take a while to get through and it’s going to be emotionally rough on him. You’ve got him.