This week we’re going to be talking about THE OLDER MAN (or the OLDER WOMAN, actually), why age actually DOES matter when it comes to love (though maybe not for the reasons you think) and what to do when your friends tell you you’re dating an “old man.”

Hey, how was your weekend? Do anything awesome? Do anything INCREDIBLY ROMANTIC? (My weekend was really awesome, by the way. Spent most of it just hanging out in Seattle with my amazing lady and our amazing — in a drowned-rat kind of way— dog. He’s named Dobby. He looks like a house elf.)OK, let’s DO this . . .

“Okay guys, I have a simple but daunting question. Is it so terribly bad that my boyfriend is in his mid fifties while I am 22? Like, when people in my life find out his age, they tend to flip out. Is it THAT big of a deal?”

Thanks so much for your question. I can actually hear the brows of hundreds-of-thousands of women around the world furrowing as they read your question (and I can hear a bunch of guys going “What? I like younger women. It’s just biology! What???” Time and time again while at the same time emailing me bitterly complaining that nowadays young women “don’t like dating older men” (when what’s really going on is that nowadays younger hot women just don’t like older men who just dress up like High School principals and have beer belly guts that stick out further than their cocks.)

I know there’s that old adage that says “Age is just a number” and that it shouldn’t matter in ANY way when it comes to matters of the heart . . .

And while that adage is really poetic and even kind of true, it’s mostly unmitigated BULLSHIT.

I mean, yes, age is just a number, but it’s actually a VERY important number . . .

And the reason your friends are FREAKING OUT when they find out your boyfriend is 30 years older than you is because it’s kind of creepy and could have consequences you just aren’t seeing yet because you are 22 and therefore young and stupid. (I’m not saying this to make fun of your or anything. I was young and stupid when I was 22 as well. Hell, neuroscientists have shown that the human brain isn’t even finished developing until you’re at least 25 — which is also why rental car companies won’t let you rent a car yet. Basically, what I’m saying is that even though you’re probably out of college now and legally an ADULT you still aren’t YOU yet and that’s OK.)

Let’s just dive in with a handy-dandy list of reasons WHY AGE MATTERS (especially when it’s a matter of DECADES of difference between you.)

A few years ago a couple friends of mine were dating. They were great together. They had love blowing out of their ears. They nuzzled like sexy kittens every chance they got. They were really, really good together.

And then they broke up.

Which was the APPROPRIATE and RIGHT thing to do. 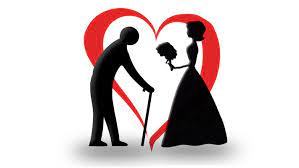 The guy was at a stage in his life where he wanted to relax more . . .

And the woman was in a stage of her life where she wanted to make BABIES.

If the guy were twenty years younger? Well, then he would have wanted to make babies too (he even said so.)

So even though they loved each other rather desperately these two friends of mine went through a painful but respectful breakup.

Because age matters. In this case it doesn’t matter because of maturity or anything like that. It just matters from a life stage and LIFE GOALS standpoint.

The fact is, at 22 you’re just getting your life going (and finding out who you actually are) while your boyfriend is (hopefully) established and coasting into middle (and/or old) age.

If this is just a guy you’re dating for a few months or a year or two to get some experience, then good on you.

But if you’re thinking more LONG TERM (or that he might be “The One”) then you need to have some very serious and important conversations NOW (not later) to ask HIM what he actually wants to do with his life (besides hang out with a very young woman, which a heck of a lot of older guys like to do.)

Reason Age Matters Number 2: You Are Going To Change. A Lot. And your twenties are when you should be spreading your wings and getting new experiences.

I don’t want to harp on YOUR age too much, but you are REALLY, REALLY young (even though you probably don’t feel that way.) Ask any woman in her 30’s if she’s the same person (or even anywhere near the same person) now that she was in her early 20’s and she’ll look at you like you  grew antlers out of your head.

The fact is, the next 8 years of your life are going to be an incredible time of growth and change in your life and if you’re going to have a long-term boyfriend you’re actually a LOT better off with somebody at least somewhat close to your own age – somebody who is just discovering who they are too.

Am I saying that your older boyfriend isn’t going to be able to handle you changing? No. But guys certainly tend to get more set in our ways as we get older.

Reason Age Matters Number 3: This Guy Could Be A TOTAL Creep And You Wouldn’t Even Know It

OK, I  don’t know your boyfriend at all but I’ve dealt with a LOT of guys who are obsessed with dating women MUCH younger than they are.

And honestly? They creep me out. 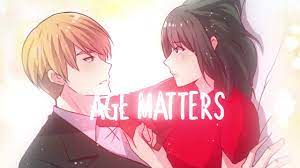 I mean, don’t get me wrong: attraction is attraction. If a guy meets a woman who HAPPENS to be 30 years younger than him and they HAPPEN to hit it off and, even though they both know there are challenges to dating somebody that much older / younger they decide to go for it, that’s great.

What concerns me (and I have no idea if your guy is like this) are the older guys who ONLY date women MUCH younger than them.

I’ve got a guy I know who’s my age (38) who ONLY dates women under 25. These girls he meets are all impressed by him and feel special that this older guy is giving them attention and fall for him hard . . .

And THEN eventually they figure out that the reason he ONLY dates women under 25 is because he’s simply not mature enough to handle a relationship with a fully-grown woman.

Basically, he’s just using these younger women to feed his ego and make himself feel young and vital again instead of actually growing up and taking his responsibility as an adult man.

As a 22-year-old woman you’re something of a status symbol to your guy. In fact, your youth is probably a VERY big part of what he finds attractive about you (I mean, it’s not like he actually cares about any of the bands you like.)

So, Cara, here’s what I’m saying in a nut shell:

1. Age matters not so much for emotional reasons as for purely practical ones.

2. There are a LOT of older guys out there who fetishize younger women and for whom your most attractive trait is that you are young and (probably) won’t challenge him the way an older woman would.

3. The reason your friends are FREAKING OUT about the age difference is because in MANY cases (though not necessarily yours) situations like yours get creepy and/or emotionally devastating pretty quickly.

Now, of course it’s possible what you guys have is awesome and you’re on the same page about everything. In which case, great.

So what should you do?

It’s up to you. At 22 I don’t personally think you should even be looking for “The One” yet (seriously, getting married before 30 is dumb.)

If you’re just hanging out with this guy in the relative short term, then go for it. Learn. Discover the power you have over an older guy as a younger woman.

But realize now that it’s most likely a short term thing.